We have a Proven System 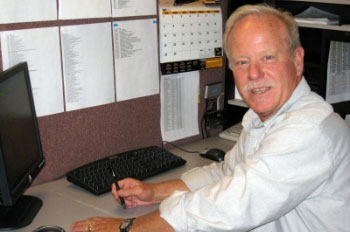 Rob Kater graduated from Wake Forest University in 1970 with a BA degree in Political Science. He graduated in 1993 with an MBA from Thunderbird, the American Graduate School of International Management. Upon completion of his MBA at Thunderbird, he helped found NRI in 1994 and is currently its CEO. Rob currently is an adjunct professor for the Urban Horticulture Department at Mesa Community College, whose class focuses on helping students understand entrepreneurial concepts for the “Green Industry”.

In 1974, Rob founded Environments by Rob Kater and for over 35 years has designed and installed both residential and commercial landscape and irrigation systems primarily in the Phoenix area. 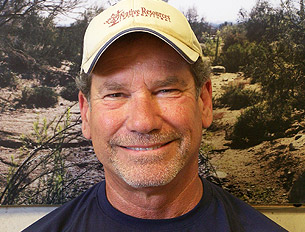 Jeff Homan graduated from the University of Arizona in 1979 with a degree in Agriculture from the School of Renewable Resources. His focus was in Forest Management and Land Use Planning. He worked with Pima County Arizona to co-author a land use plan for Summerhaven, Arizona.

Jeff developed management criteria and result-based programs for repairing land disturbances resulting from development/construction, fire, erosion, water channeling, runoff, and poor forest management. Working in the Rocky Mountains on various reforesting projects along water courses and pristine mountain environments, he has developed the skills to successfully transplant thousands of very large conifers and hardwood trees with some exceeding 50 feet in height. Jeff has also worked on habitat enhancement for a lakeside riparian establishment in the Grand Teton region of Wyoming. He has supervised and worked on mine reclamation in Montana and Northern Arizona utilizing native trees and shrubs. His knowledge regarding native and non-native seed mixes has been crucial in completing revegetation programs in many western states. Additionally, Jeff has worked with many golf course developers in the United States and Mexico utilizing trees from areas surrounding the golf courses for revegetation and landscaping. Jeff has worked closely with the Phoenix Zoo for habitat enhancement and the Desert Botanical Gardens for many years.

Want to learn more about our trees for sale?